Faith, Family and Fayette County
THANK YOU! It is impossible to tell you just how much my wife, my family, and I thank you for your support, so I will have to leave it at a simple, Thank You, inadequate as those two words may be to express my feelings of gratitude.

I am so grateful for my supporters!

November 5, 2019
Get out the vote!
I am writing in support of David Barlow’s candidacy for Town Council for Tyrone.
​I have had the pleasure of knowing David since he was elected as a County Commissioner back in 2012.  We have had many thoughtful conversations.  There are many things we agree on and some things we don’t. However, we have always had a good relationship. One thing that I like about David is that he speaks his truth and calls it as he sees it today.  If that truth should change because of more information he is willing to stand by his new truth, very much like the famous David Thoreau.  David has strong opinions, however no one owns David.  He is guided by his conscious.  He tries to make decisions based on all the facts he has at the time. Before making a decision he does his due diligence. Another thing I really like about David is his willingness to learn new things and get involved in the community.  David showed up and was always responsive.  I could always count on knowing, if I had an issue or wanted to discuss a matter, David would return emails and phone calls in a timely manner. He asks good questions.  He was actively involved in the greater Fayette Community from Fayette FACTOR Collaborative, to the Board of Health.  David was a very active and engaged County Commissioner which was a breath of fresh air. He really sunk his teeth into learning as much as he could as fast as he could.  David really has a desire to make the community better.  He is not afraid of working hard.With David Barlow, what you see, is what you get.  I think David has learned a great deal as a County Commissioner and I think the transfer of his government knowledge will bode well for him on the Town Council of Tyrone.
​Dawn Oparah
I am writing in support of David Barlow’s Candidacy for Town Council – Tyrone, GA.
​I have known David for about 7 years and of course got to know him better as he served as an Ex Officio member of our Main Street Tourism Association from January 2014 – December 2016.  David is a hard worker and is usually the first one to volunteer for the many events that I coordinate and plan for the City of Fayetteville – Main Street Fayetteville.  He is very involved in the community and likes to stay busy; he is definitely a pleasure to work with.  David has a lot of qualities that I personally like; he is honest, truly cares about people, and always looks for ways to make a situation better.  He is a ‘positive and uplifting” person, and has a way of making you feel good about yourself.  David is a “go getter”; he has high energy and enjoys life to its fullest.  Another quality about David is that he is someone that you can count on in a time of need.  While serving as an Ex Officio member for Main Street, David was able to bring to the committee information and keep our committee updated with what was going on in the County.  He has very good work ethics and definitely does not “sugar coat” anything.  He stands by what he believes!I believe that David would be a welcomed Candidacy for your Town Council.  If I had the opportunity to vote for David, I would certainly do so.
Regards,
​Joyce Waits
​Main Street  Program Manager
​City of Fayetteville 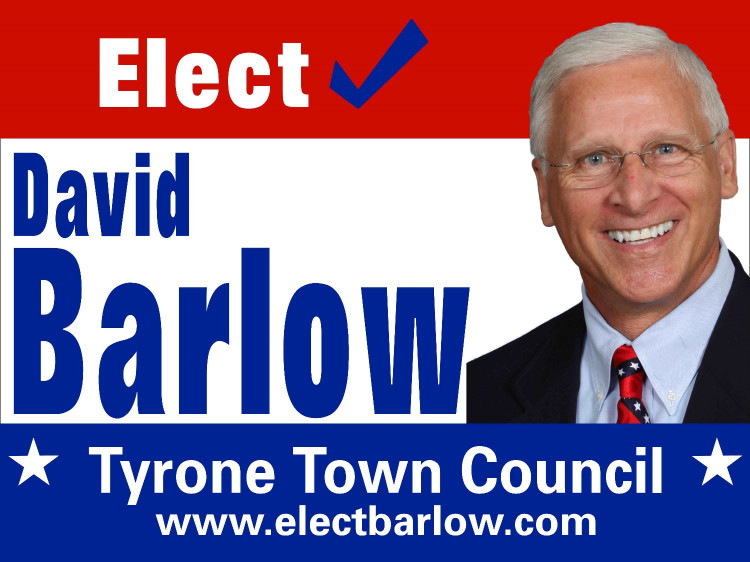